Ruling Party position by country. by icantloginsad: Data taken entirely from Wikipedia, so there mig… 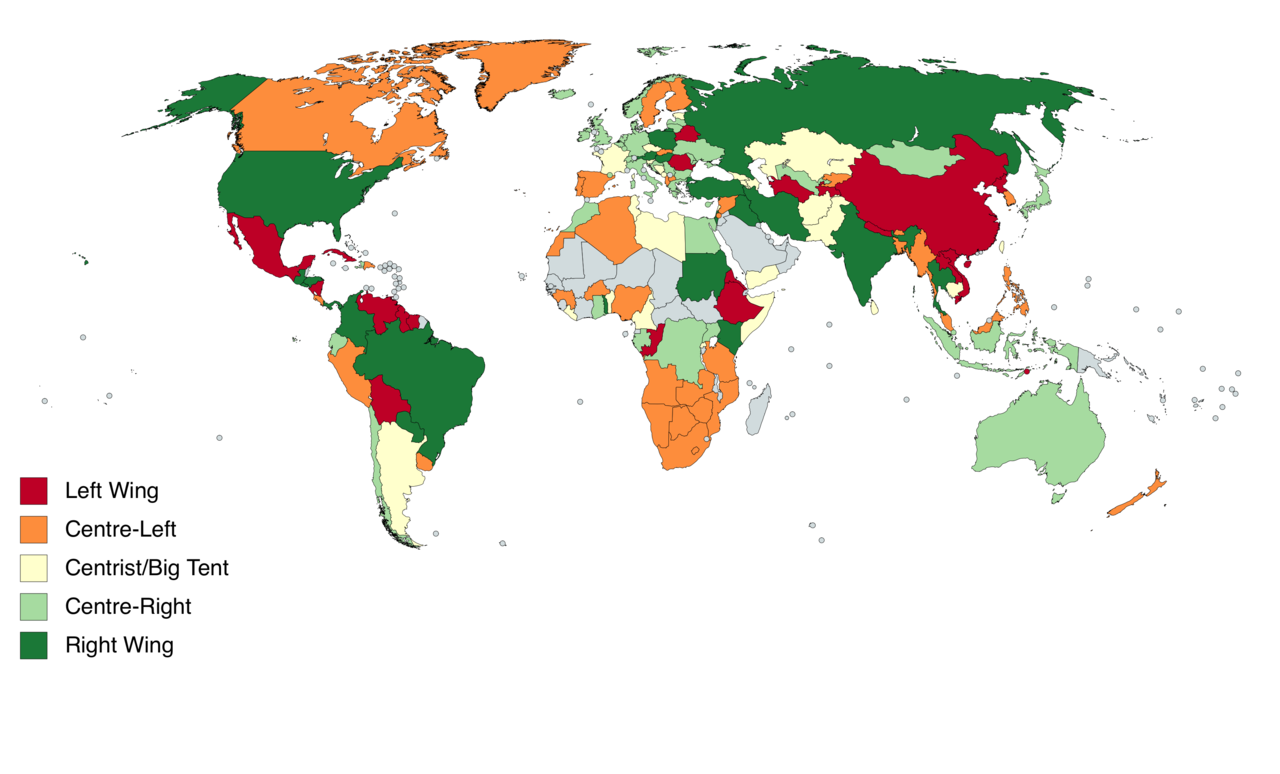 Ruling Party position by country. by icantloginsad: Data taken entirely from Wikipedia, so there might be discrepancies. I understand that left and right wing might vary from country to country. There were certain countries with vague data that I left out. Also sorry about all the small island countries I left out. In the case of ruling coalitions, i chose the largest party of the coalition in most cases. In the case of Afghanistan, which was uniquely one country where independents formed the majority of the government, including all sorts of candidates from socialist to Islamist, I decided to include it into “Big Tent”. Fun fact: every single major party in Sri Lanka (there are over 5 of them) are in the ruling coalition of the country.