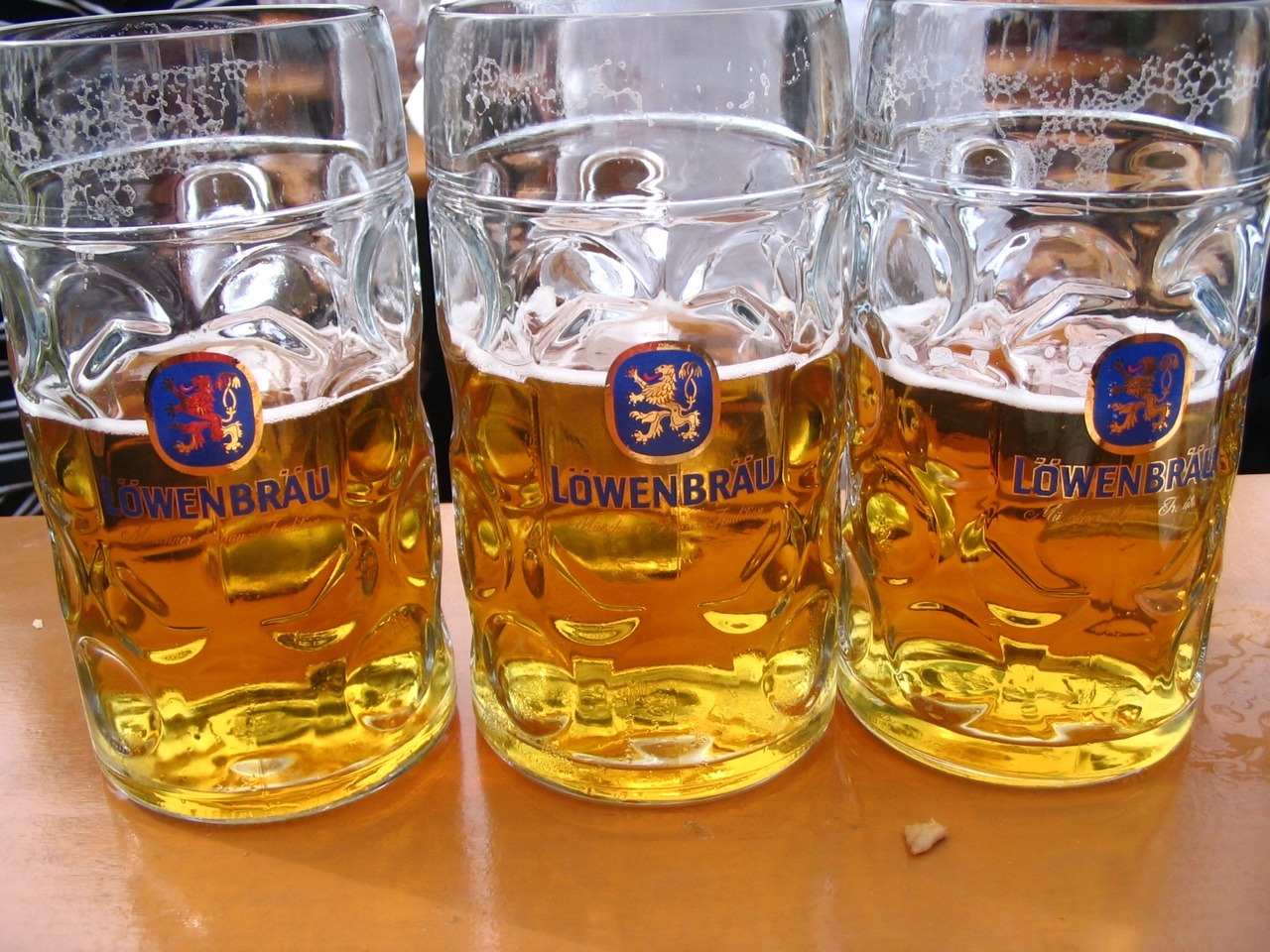 Willkommen-in-germany: Löwenbräu („lions brew“) is a brewery in München, Southern Germany. Most of its beers are marketed as being brewed according to the Reinheitsgebot, the beer purity law of 1516. The brewery was founded around 1383. Its lion emblem originates from a 17th-century fresco in the brewing house, depicting Daniel in the lions den. Löwenbräu has been served at every Oktoberfest in Munich since 1810. Because only beers that are brewed in Munich are permitted to be sold at Oktoberfest, Löwenbräu is 1 of 6 breweries represented, along with Augustinerbräu, Hofbräuhaus, Hacker-Pschorr, Paulaner, and Spaten.