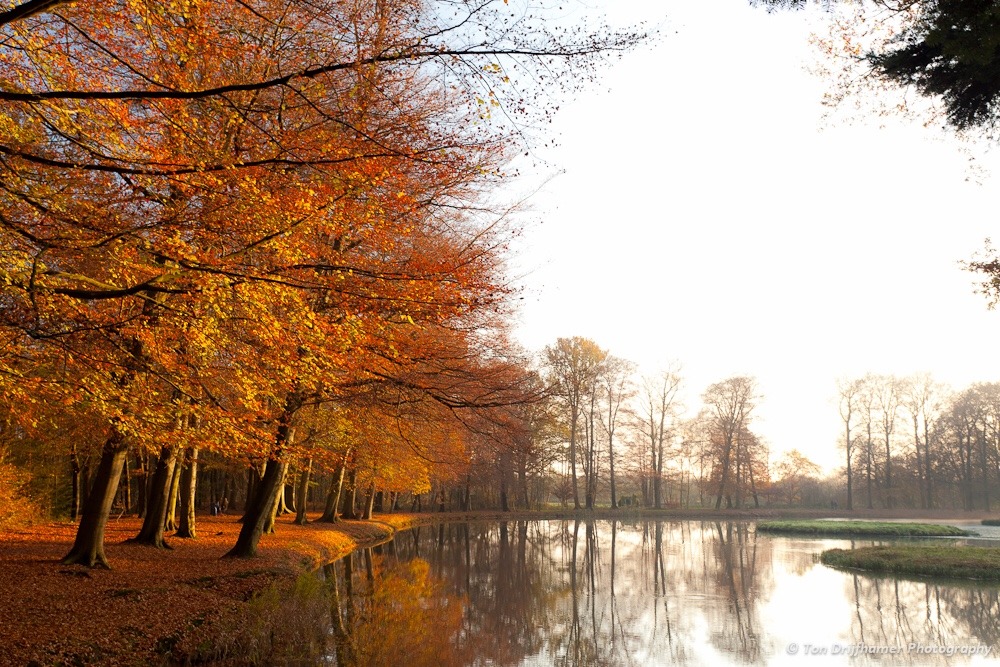 Herbststimmung in Sögel, Niedersachsen (Lower Saxony), Northwestern Germany. Sögel is located in the rural Emsland district and most known for its Clemenswerth Palace, a hunting lodge built 1737-1749 for Elector Clemens August. Much of the town center was deliberately destroyed by the Canadian Army after the town was captured in April 1945. It lies close to the border with the Netherlands.