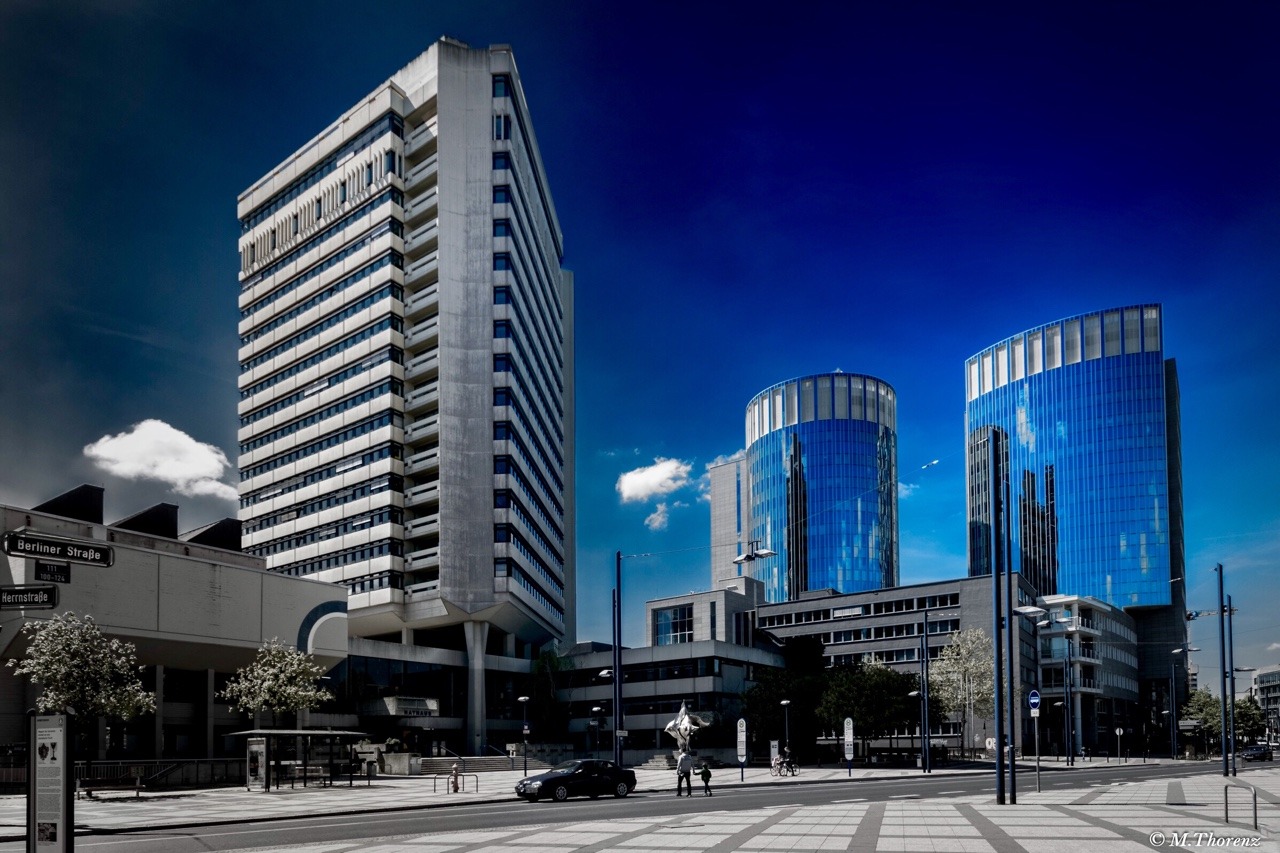 City Hall & Haus der Wirtschaft in Offenbach am Main, Hessen, Central Germany. The city is located on the river Main and is part of the Frankfurt Rhein-Main urban area. In the 1900s, the local economy was dominated by machine-building and leather industries, it was also a center of typography and design. Other important sectors today are the automobile and pharmaceutical industries. During WW2, the city suffered heavily from Allied bombings, which killed about 500 civilians. With the new district Lauterborn, the city was expanded in the 1960s. Bordering Frankfurt, the office district Kaiserlei was built. Offenbach is a so-called Sozialer Brennpunkt (area of multiple social problems) due to poverty, unemployment, crime, and migration. More than 50% of the population are now of foreign background, Turks, Greeks, ex-Yugoslavs, Arabs, Italians, and Poles being major groups.